San Antonio has always been a boxing city and one of its own was selected to take part of the in the upcoming fight.

Alonso was approached by a member close to the Chavez Family to come up with a brand that spoke of the Chavez family traditions and icon that were paved by none other than Julio Cesar Chavez. For those of you not familiar with boxing, Chavez has held many titles and championship belts and is coined as a boxing legend and the most notable fighter that has ever come out of Mexico.

Alonso and his team wanted to create an image that embraced the traditions and values of Mexico, Family and Tradition along with the reputation of the Chavez name in boxing in Mexico but throughout the world.

Members of Team Julio Cesar Chavez Jr. and Senior will be donning the custom logo and apparel design created specifically for Team Chavez and have already been spotted training and about with their custom jacket and Chile Media’s dandy work.

Alonso states “Culturally boxing is in this city’s blood and for me personally being a boxing fan, this was very emotional opportunity for our firms to show its passion and our work on a global scale.”
Chile Media’s mission statement is the global leader in creatively enhancing the flavor of your world. They did just that for this project in embracing the personal brand of the Chavez family as if it were their own brand.

While the fight has recently generated publicity over whether Chavez Jr. will win and weight class, who win or lose will be doing so in top class fashion!

Our firm custom created the branding, logo and identity and then had it embroidered for Cesar Chavez Jr. and his entourage who will be sporting the new duds courtesy of Chile Media. While the fight has recently generated publicity over whether Chavez Jr. will win and weight class, who win or lose will be doing so in top class fashion! 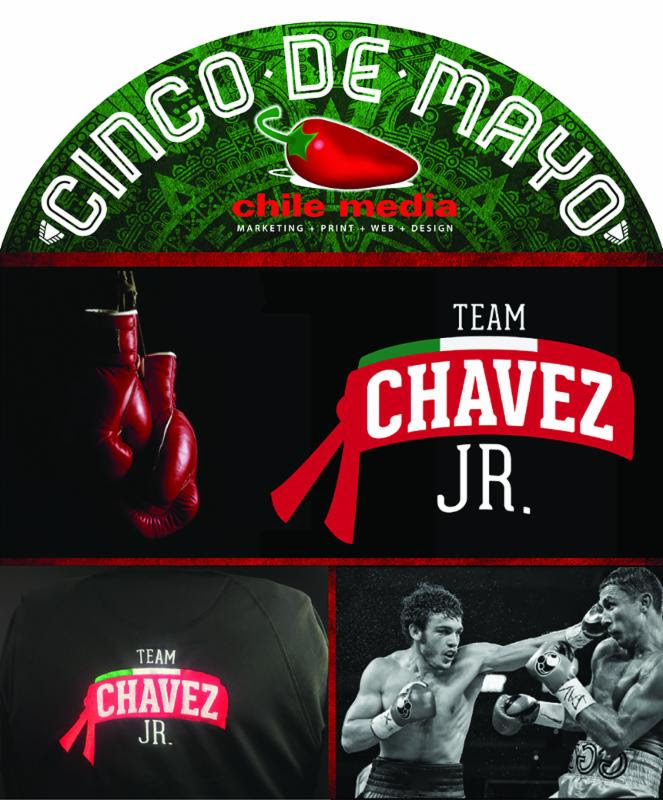